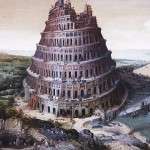 If all goes as planned (famous last words; see Battle of Waterloo, Tower of Babel, etc), I’m going to start working on an indie film. Currently, I have no free time and would prefer to sleep about an hour more per night, but some things need doing (see capture of Adolf Eichmann, invention of doughnut, etc).

I used to work in television many years ago, so I have a realistic idea of what a film shoot entails. However, despite having worked on a fair number of dramas and documentaries, it is still somewhat out of my comfort zone merely due to the amount of people involved. When I’m writing a book, it just involves me until I get to the beta and editing stages. I like that, as I’m essentially a selfish, introverted person (I’m sanding away on that; see effects of being married). Working on a film necessitates, at the least, a small group of people. Any time you get a group of people together, you have issues. The larger the group, the more the issues and the more serious they become (see State of California). If you get a really large group of people together, you’re mostly in trouble (see US government, the planet Earth, etc).

Still, making a film can be worth it. For one thing, I’m getting more and more irritated by the chuckleheads in Hollywood, so I figure it’s time to test a script.

At any rate, despite all that, it’s time to grab the bull by the horns, cast bread upon the water, and put my money where my mouth is (see mixing metaphors).