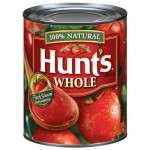 When I was a child (I have a great temptation to continue here with “I thought and spoke like a child,” but I will resist) I don’t recall that birthdays where of enormous social importance. They were celebrated, true, and sometimes friends where invited over to play games and eat vast quantities of cake and ice cream. After becoming nauseated from over-eating, they would usually be sent home or to the hospital.

What I do not remember is each child having large, lavish birthday parties and being socially obligated to invite every other child from their class. This is what occurs nowadays. It creates a vicious cycle in which one is constantly going to birthday parties due to obligation. Consequently, you are then obligated to invite all of these children to your child’s birthday party. This also necessitates spending money on quite a lot of different birthday gifts through the year. Some parents end up mortgaging their homes in order to finance this tradition.

I’ve considered some common sense answers to this problem. If you are unable to emigrate due to a criminal record or the like, then I would advise the following. Each January 1, purchase an industrial-sized flat of canned tomatoes (or any other canned item on sale) from Costco and then dole out one can as a gift per birthday party. Suitably wrapped, of course. I’m sure most kids will have a lot of fun with a can of tomatoes. They can either eat them, blow them up with a stick of dynamite, or use them as ballast when they build a hot air balloon.

My wife and I have come up with our own sensible plan to deal with this never-ending obligation. As you all know, birthday parties are based on the assumption that one know when the kid in question was born. We’ve decided with our kids that we’ll merely tell people that we don’t know when they were born. We either can tell people we found the kids on our doorstep, one dark and stormy night, or that the two different hospitals they were born in burned down shortly after their births. All records were destroyed.