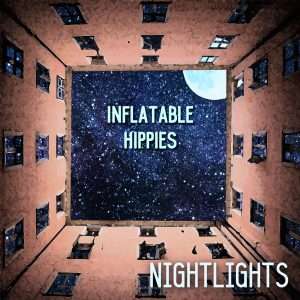 I haven’t been creating much of anything these days due to the business of life. However, I have managed to carve out a little time for writing and recording some music. In years gone by, I recorded quite a few albums: folk albums by myself, as well as with an old friend of mine (those were some of the first I ever did), as well as some projects with a rock band in grad school and during my time working in Chicago.

This new album, recorded by my Inflatable Hippies entity, is a departure for me. It’s strictly instrumental and wanders somewhere into the electronica genre, specifically in the chill-out sub-genre. I’m not entirely certain that’s the right term, but I think it is correct. If it isn’t, then let’s just invent it right now.

I don’t consider myself even worthy to muck out the stables for composers like Bach and Beethoven, but everyone on earth–past, present and future–shares a similar trait with those geniuses, and that is the ability to take what already is, whether that be pieces of wood or stone or vegetables or sounds, and then rearrange those into different structures that, because of that rearrangement, have the potential or possibility of acquiring additional beauty. Or merely additional interest.

So, have at it, with whatever items of the universe you find pleasure in rearranging. With me, these days, I like rearranging sounds. The next thing on my to-be-rearranged list are the ingredients for an eggplant involtini recipe. It looks like it will be amazing. Or merely interesting (hopefully not).

Nightlights. Available on Amazon, iTunes, CDBaby, and for streaming on Spotify and Apple Music.