There’s a pretty amazing restaurant just down the road from the British Embassy in Addis Ababa. The chef there makes an uncanny kind of curry (I don’t recall what the Amharic word is for their equivalent of curry), heavily flavored with burberi (the Ethiopian version of edible nitroglycerin) and guaranteed to melt your teeth. It’s very tasty. It was there, sitting in that restaurant, that I might have first entertained the idea of the Amish perhaps being sleeper agents for a powerful, spacefaring civilization. The writer Jennifer Hudock, of course, lives much closer to these possible intergalactic secret agents, so I thought it might be wise to have her on the show. Who knows? She might spill the beans.

Hi, Jennifer. Thank you for taking the time to stop by. I have a lot of questions for you about galactic Amish hegemony, but let’s begin with yourself. Why don’t you tell us a bit about where you’ve come from and where you’ve ended up?

I was born in Alabama, but have spent the majority of my life living in Northeastern Pennsylvania. I used to think I wanted to get out of these small Pennsylvania towns, but after I had my daughter I realized this was the perfect place to raise kids. It’s quiet and peaceful, which sometimes creates the perfect atmosphere for strange and eerie stories. My husband, daughter and I currently live in a very small town filled with dairy farms, and I wouldn’t have it any other way. 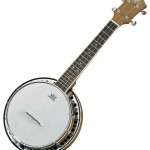 I must confess that I’ve never been to Alabama (with or without a banjo), but I once visited Pennsylvania a long time ago. We drove like mad over from New York, drove furiously through Lancaster County, and then escaped back to the north again. And then, of course, we got lost in Manhattan. Not the first time, of course. Speaking of first times, what go you into writing in the first place?

I have been writing since I was able to hold a pencil, creating poems and stories to entertain myself. I really got into writing when I was in fourth grade. At that time I started creating these stories about a girl who found out her father was a famous rock star, and I continued writing about her until I was well into my twenties.

There was always something soothing about having the ability to escape into untold places like an explorer. Reading books provided that same sense of escape, but when writing stories I could literally do anything or be anyone I wanted.

A lot of people look down on escapism as a reason for reading, but I’ve always thought it one of the best reasons. There are a great many situations where the sensible thing to do is escape (burning buildings, the Soviet Union, freshman algebra class, etc). Escape can be good for one’s health. I trust all the literalists and strict non-fictionists in the audience are paying attention right now. Ahem. Anyway, I have a letter here from one of my long-time fans. He (or she – I can’t really make out the name due to the smear of gravy) writes “George was [illegible word] the [illegible due to gravy] Dutch Calvinism, or the [illegible due to gravy] of 18th century [illegible due to teeth marks] engraving.” I’m pretty sure he was asking about your book. Some people take beating around the bush to extremes. Can you tell us about your recent release?

I recently released my first full-length fantasy novel, The Goblin Market, which was 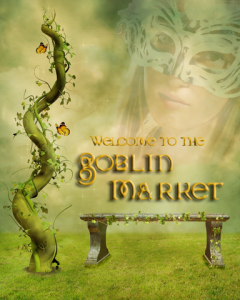 inspired by Christina Rossetti’s poem “Goblin Market.” The novel follows an older sister on her journey through the Goblin Market to save her kidnapped sister from the goblin king. Early in her journey she discovers that her ties to the faerie world run deeper than her kidnapped sister. She was one of the fae herself, sent Upland by her uncle disguised as a human child in order to hide her from the goblin king.

The Goblin Market has a little bit of something for everyone. Classified as contemporary fantasy, there are horrific, dark twists reminiscent of H.P. Lovecraft, as well as some romantic undertones as well.

That sounds like a lovely story. Goblins kidnapping children and running off with them to other kingdoms is a splendid, shivery sort of setup. There’s something rather primeval about it. Do you have any plans for a sequel? 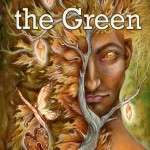 I always am curious about influences and motivations and Reasons For Doing Things (if I may borrow a few capital letters from Helen Cresswell). Life hinges on the divides in the road, the path in the yellow wood that suddenly splits in two directions. All that sort of thing. For you, as a writer, what were the monoliths that had the most influence on you?

J.R.R. Tolkien’s The Silmarillion influenced me as both a person and a writer because Tolkien was a world builder in the most amazing way imaginable. He had this incredible imagination and elaborate stories created for nearly every single person in the universe he created, and his knowledge of mythology has always resonated with me. 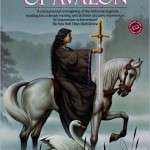 Marion Zimmer Bradley’s The Mists of Avalon was one of the most amazing books I ever read. Not only was the story of King Arthur from a feminine point of view, but the development of characters in the story clearly defined the very fine line between good and evil. We often think evil is an obvious monster running amok, and we point the finger at that monster saying, “BAD! BAD! BAD!” but what we sometimes fail to consider are the circumstances that created that monster. Sure, there are monsters that were just born evil, but I love the idea of a sympathetic darkness born from circumstances beyond that monster’s control, and she did that beautifully with the character Mordred.

Jonathan Carroll’s Bones of the Moon had a huge impact on me because so much of the story was developed through vivid dreams, and I have always been fascinated with dreams. Dreams are something that appear in nearly everything I write, and I always felt like maybe that was weird. Then I read Bones of the Moon and knew I wasn’t the only one out there who felt compelled to write in dream worlds.

I’ve read both Tolkien and Bradley, but I confess I’ve never heard of Jonathan Carroll. Note to self: buy cauliflower, stop at vet to get cat’s prescription, and investigate Mr. Carroll. Speaking of writers, do you have any advice for other writers?

A lot of people ask me about my marketing techniques, and I really don’t know how to answer that because for me I just love getting as many books out there as possible. I do a lot of giveaways and try to make myself available to readers because I’m just a person who likes to tell stories. I think when you get caught up in something beyond your love of telling stories a part of that storyteller gets lost and the stories suffer.

As independent authors taking on the responsibility of marketing our books, it’s important to remember to take time out to enjoy what it is we do best: tell stories.

Exactly. It’s all fine and good (and necessary, I suppose) to treat writing as a business, if one intends to make money at it, but the storytelling itself must always be paramount. Otherwise, one ends up writing drivel and congealed gravy. I suppose there’s a market for that, but that’s really not the goal. I hope. Ah, well. I shall restrain myself at this point. What’s your next question? Oh, wait. I’m asking the questions. Do you find your inspiration for writing in any particular spot?

I find inspiration everywhere I look. The trees, the sky, my dreams, music, newspaper articles…

I recently read a headline about a poll watcher biting a voter on the nose. There very 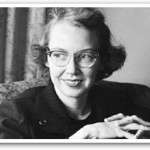 well might be a story in that one. A political vampire, perhaps? Flannery O’Connor could tackle that one, not me. Speaking of tackling things, what do you hope to achieve with your writing?

I want to touch people with the stories I write, now and for the rest of my life.

And afterwards? Any plans for post-life?

When I die, I want people to say, “She really knew how to tell a good story.”

Well, folks, that’s all the time we have for today. That blasted bounty hunter fellow is trying to get through my door again (always pay your parking tickets when you’re in Maryland). Jennifer, thank you for your visit. We wish you the best of fortune with your writing.

Visit Jennifer Hudock at her website, The Inner Bean, in order to read more about her and her writing. Her books can be purchased at Amazon, as well as on Smashwords. If you’re a tweeter (twitterer?), follow her on Twitter (I wonder if Tweedledee and Tweedledum would enjoy Twitter?).