Australia has always fascinated me. Perhaps this is due to its unusual history as part of the British Empire. Maybe it’s because of that old Rescuers movie with Miss Bianca and Bernard haring off to the interior to do their rescuing and albatrossing. Or maybe it’s because of all the incredibly poisonous snakes and spiders. At any rate, we have a visitor today from Australia, fantasy writer Ryan Sullivan. I can’t remember what the time difference is between down under and here (California), but I imagine it’s either extremely late or extremely early (depending on which direction you’re flying), because I’m exactly on time here (10:32 AM). So, with that in mind, let’s proceed posthaste and forthwith. 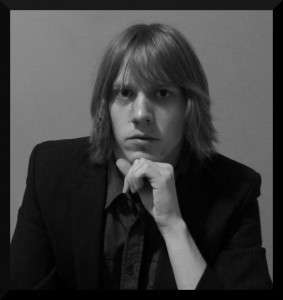 Dedicated shopper and egg tester from Detroit, Charles G., writes in to ask, “who are you?” I assume the question is meant for you, Ryan, so why don’t you take a stab at that?

I’m a writer, a musician, a student, a piano teacher, a son, a grandson, a brother, a nephew, a cousin and a friend. But most of all, I’m Ryan Sullivan.

With all these options available to you (music, education, galactic exploration, etc.), why do choose to spend your time writing?

I believe it’s because I’ve been fascinated with creating stories since I was seven. But if I had a psychologist for whatever reason, they’d say it was because when I lost my dad to cancer at age six, I wanted to feel in control. Writing would give me that chance.

But why fantasy of all the available genres?

Harry Potter nudged me towards this path, but I can’t remember the exact book that made me start reading lots of epic fantasy. When I discovered that genre, I knew it was what I wanted to write. The Lord of the Rings movies also had a big influence on me.
There’s a lot to love about fantasy. The world is what you make it. The rules are what you make them. 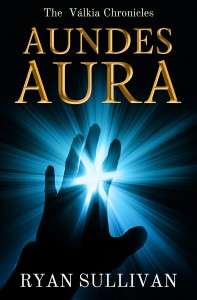 So how about a peek at your most recent book. What’s it about?

All the light in the world is in danger. Save it!

I must admit, you’ve managed to intrigue me with just two sentences. Speaking of being intrigued, if I’m going to head down to Australia to visit, do you have any recommendations? We actually just had a relative relocate down there, so I don’t ask this question facetiously. I trust, though, that you won’t steer me toward a place infested with snakes.

As unsheltered as I am, I still don’t believe I know the best place to recommend. But if you’re looking for somewhere nice and warm, try the Great Barrier Reef in Queensland. If you want to experience some culture and desert heat, go for Ayer’s Rock, an important Aboriginal landmark in Northern Territory.

Landmarks! That word has great segue potential into the category of Monolithic Life Moments (philosophy, politics, religion, beliefs, etc). So…er…beliefs. How do your beliefs inform and influence your writing?

I believe life is for living, so set goals and shoot for them. Life’s too short to hope for an afterlife that likely doesn’t exist. If there is one, great. But without consciousness, how can you experience it? So I’m going to achieve what I can while I’m here. Because of the nature of my books’ world, my characters believe in the gods, and the gods do exist to some extent. However, the characters in my current work-in-progress, Three Bridges, have developed a more varied concept of the gods. One of the characters is more world-weary and doesn’t have a lot of faith in them – he believes that they are passive overseers, and their job is done. He believes one must make use of the resources the gods offered when they created the world. Another character actually believes in a different set of gods completely, the Trinity.

Are there any fantasy writers that had a great deal of influence on you?

I’d say Emily Rodda’s middle grade books influenced me a lot in those early primary school years, and later J.R.R. Tolkien. I wanted to create something as realised as The Lord of the Rings, with a more mature style than in The Hobbit. Aundes Aura is the first step along the way. Towards the end of writing Aundes Aura, I started reading A Game of Thrones. George R.R. Martin has had a huge impact on the way I write, but this won’t be quite evident until Three Bridges is available. While reading the opening chapters of A Game of Thrones, I marvelled at how Martin had moved the plot forward and had these awful things happen, all without the characters leaving their home. Aundes Aura was an adventure crossing borders and seas in a bid to save the world from eternal darkness. My challenge with Three Bridges is to have (mostly) everything happen within one city. I also wanted to make the characters more realised and sympathetic, and the world more brutal.

Finally (and this is rather final question in terms of non-academic finals), what do you want your epitaph on your grave to say? I don’t mean to be morbid, but death and exits are rather normal components of life. We don’t talk about them much in the West, which has always puzzled me. At any rate, some of the best fantasy is very much about death (I think Tolkien said that LOTR is primarily about death).

Master of the Universe.

Thanks, Ryan, for stopping by. Best wishes for your books and your career.