A friend of mine, C. J. Brightley, is publishing two new noblebright books. The first, a Christmas novella, is called Twelve Days of (Faerie) Christmas, and will be released on February 27, which happens to be tomorrow. The second book, Fell Beasts and Fair, is an anthology that she edited.

Please take a moment and check both of them out. If you don’t know, noblebright is a new movement within the fantasy world of stories that are generally hopeful in tone, shot through with a certain amount of redemption and staffed with a main character that, while sometimes flawed (aren’t we all?), has the courage to eventually make brave and true choices. 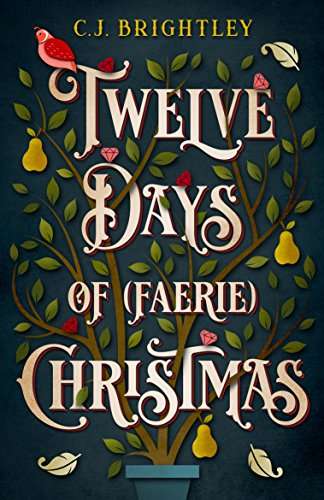 This isn’t to say that noblebright stories are all sweetness and light and sparkly unicorns. Eeyargh, as the poet so succinctly said (back in the Neanderthal Era). Noblebright can be quite dark. Darkness is never the issue because, after all, even a little light shines brightly in the darkness.

Anyway, Twelve Days can be found at Amazon, Kobo, Barnes & Noble, and iBooks.

Fell Beasts and Fair can be found at Amazon, Kobo, Smashwords, or direct from C. J. Brightley.